Have you read through our rules? Yes!

Do you agree with our rules? Definitely!

How did you hear about Tale of Banners? UltimateZZV

Do you have any previous roleplay experience? I've played on roleplay servers probably numbering in the double digits now. I've staffed on... two, I think? I helped to found one a couple years or so back, called Aenasan. I've also been playing Dungeons and Dragons for what must be around five years, both in person and over Roll20. I've studied and played quite a few other RPG systems besides, and done minimal amounts of on-forum and Discord-only roleplays as well. Also, I'm an actor, with all of the improv practice, character studies, and perspective shifts that have accompanied the rudiments of a Method education.

Is there anything you would like to add? Nope!

Part 2 of 4
Terms & definitions
Answer these definitions using your own words. The definitions can be looked up if necessary, however copy-pasting is not allowed.
What do you define as roleplaying? Roleplaying is entering the perspective of a specific character to interact with an imaginary, pre-defined (or not!) world in an internally consistent way.

Describe the term ‘powergaming’ Powergaming is, in all its many forms, breaking the internal consistency of the roleplay to do things that shouldn't be possible or don't make sense. This can range from power-emoting your way through a combat such that your character is just effectively unbeatable, to entering the roleplay as a previously-unknown king of a faraway land with a 20-page backstory and mounting an immediate invasion to conquer the roleplay setting with a military force you just appeared with out of the blue. Yes, I have had to deal with both of these, and shockingly, they were equally difficult to deal with. Powergaming sucks.

Describe the term ‘metagaming’ Metagaming is also breaking the roleplay's internal consistency, but in a specific way wherein the knowledge, feelings, etc. of the player are allowed to bleed into the actions of the character. The classic example here is when people exploit their knowledge OoC that their rival has mounted up with a posse to come and kill them, and conveniently skip town before said rival arrives for no (or a manufactured!) reason IC.

What is a "Mary-Sue" character? A character devised to be *effectively* perfect. Usually an attempt will be made to introduce flaws to the character, but people playing Mary-Sues tend to be pretty inexpert roleplayers, so that flaw won't really be meaningful when it would be important, or is along the lines of, "He's just too much of a gentle sweetheart to BEAR hurting anyone!! He's so kind and trusting that he can't understand why someone would betray him!! He just loves his friends too much, he'd sacrifice ANYTHING for them!!!" 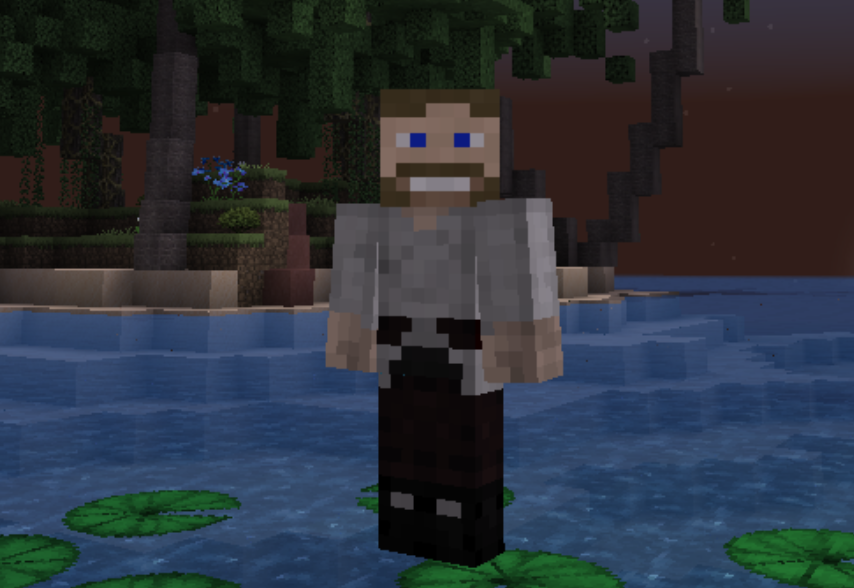 Beauregard was raised the youngest son of an affluent family, and as such, wanted for little in his youth.​
The expectations on him were not so fierce as with his elder brother, and he was allowed rather more freedom to pursue his own interests. Through an unfortunate stroke of hereditary luck, however, as he progressed through childhood, his eyesight began to decline, and by the age of five the rumor was that the youngest Clements sibling was half-blind. He became a homebody, and rather than attempt athletic and outdoor pursuits where his nearsightedness would frustrate him, he took up scholarship. He was provided with tutors and with books, and took a keen interest in the history of the world – and especially of his own ancestors' exploits. He dreamed of bringing glory to his family.

So, he learned the art of politics with his siblings, and taught himself how to get inside a person's head,​
how to endear himself to people and the best ways to gain and call in a favor. Beauregard would make the name of Clements immortal. He came of age and began serving his family, traveling as an emissary to make deals, secure purchases, and negotiate treaties when his elder brother would be indisposed or unneeded. By now, he seeks to recreate the example of his great-grandfather; he has become a charismatic "collector" of people to use as assets in the constant struggle for wealth. He will do anything to bring his family to eminence, no matter who he needs to take advantage of for the sake of that legacy.

...squint into the darkness, struggling for a moment to register what is happening. I track the thief with​
my eyes, already disappearing out of view, before turning my attention to sweep the alleyway. It takes a moment to actually notice the slumped form of the wounded woman, but I stagger over once I've ascertained that it is indeed someone in need of help. I lean over, balance skewed, and peer down to see what's happened. My eyes widen once I grasp the situation, and, cursing how much I've had to drink, I shout out in a slur for the guards, won't somebody fetch the guards?! "Ann' a physsishun!" I add.

The thief is long gone, of course. Tragic, utterly tragic. It's likely the woman won't make it. Well, in any​
case; conscience is conscience, and while others are cleaning up the mess, I resolve to find occasion the next morning to make a sweeping speech rallying the community against such murderers, and unveil a hefty bounty for whoever catches the criminal alive and returns the jewels to the family. With the the dual benefit, of course, that he who cleans up the streets finds the love of the commoners his; and that he who commands the freedom of a desperate cutthroat, likely with a family of his own, commands the cutthroat for whatever other purposes may be needed.

Sulking, prominently. Stuck in a hovels-and-tents shanty town? And for how long, exactly? I mutter,​
"A disgrace. An absolute disgrace. If you can't even run a, a trade-gate correctly, then what business have you behind the reins of an entire town? Terrible." I shift in my makeshift seat, little more than a mat of cloth. These accommodations grate on me, to be sure. The sand, the arid climate, the oppressive sun – truly a pitiful circumstance to find oneself in. I fan myself and adjust my headwrap, to little avail, in an attempt to be more comfortable; then I tap impatiently against my knee with the staff I carry with me. Still, the disgrace notwithstanding, if this is necessary as a step in the great game of trade and diplomacy, then so be it. My brow beetles and mouth settles to a grim scowl. I will bring my family to prominence, comfortable or no, and no matter what sort of second-rate bureaucratic drivel I have to push through. So I think to myself, as I stew in the sweltering robes so ill-suited to my assignment.

I take a moment to catch my breath, first of all, as the people surround me with faces on varying points​
of the spectrum between bemused and hostile. Steeling myself to talk my way out of a potentially unpleasant situation, I muster up my charm and flash a sunny grin. "Hello, my friends!" I call out, pushing my voice through the snow. "I come bearing news, gifts, and friendship from the far-away South, and with greatest humility, I seek shelter from the storm!" I bow, awkwardly, nearly losing balance in the deep snow. In case they insist that I leave, I then ready my coin-purse beneath one of the thick layers of fur I am wearing to keep out the cold and wet. Many men would refuse a stranger; not quite so many would refuse solid payment.

Congratulations! Your application has now been approved.
​
You will now be whitelisted on the server.​
​
Make sure to take some last peeks at relevant information and guides.​
​
You can use ToB’s Discord for communication and questions! You will find me and other whitelisters there too, ready to teach you the ropes.​
Reactions: Avenir
You must log in or register to reply here.
Share:
Facebook Twitter Reddit Pinterest Tumblr Email Share Link
Top Bottom