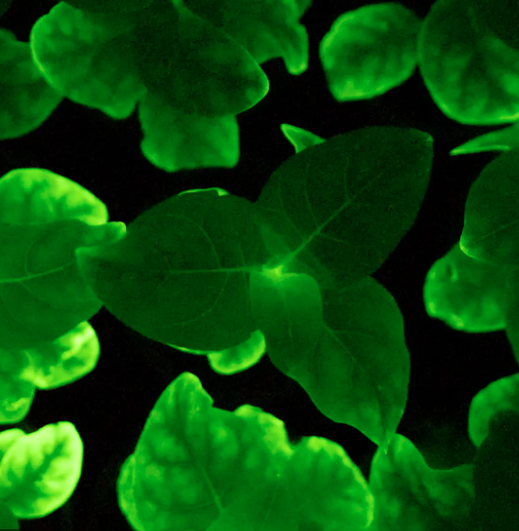 The bioluminescent cave clover is a plant structure that grows along the cave walls and fallen structures underground. Its leaves are spade shaped and the leaf itself is a dull green color. Its vines can grow as long as the water and space allows, sometimes creating beautiful scenery underground. A common misconception of the bioluminescent cave clover is that the plant itself glows. It isn’t actually the clover itself that glows, it is a special type of bacteria that grows on the clover that actually glows. The bacteria creates a symbiotic relationship between the bacteria and the plant. The plant gets to ‘photosynthesize’ using the strange chemical that is created by the bacteria and the bacteria feeds on dying plant cells. The light that the plant gives off isn’t quite as good as a torch, but it can be a glowing beacon to trapped miners that encounter it. People have tried to grow these plants outside of caves to no avail. The bacteria doesn’t seem to survive well in the sunlight and the clover itself will dry up quite quickly outside of the damp and dark caves that it is found in.​
Last edited: Jun 20, 2020
Reactions: UltimateZZV