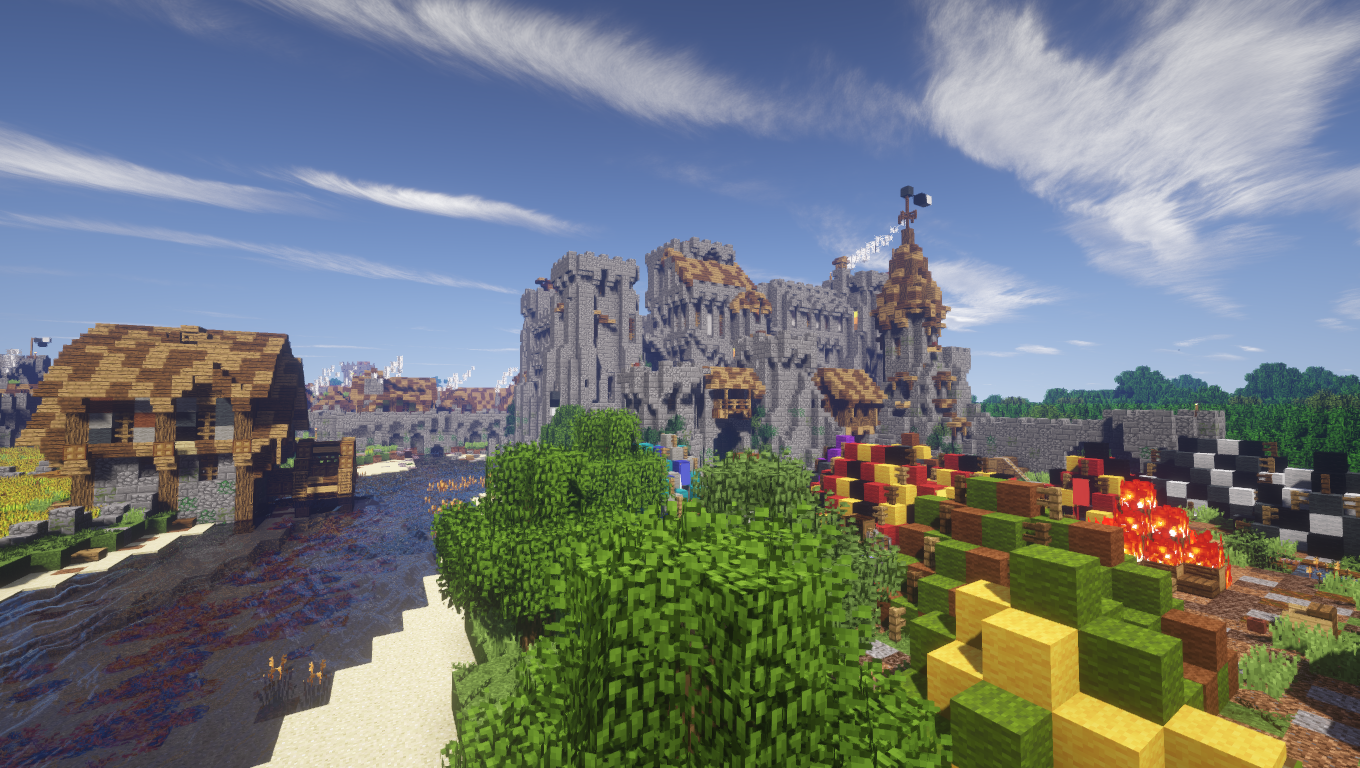 Ancient and Beautiful, she stands above the city that she was built to protect.


The Oserians have constructed many elegant buildings of interest, an example would be the prestigious “Castle Kargan” which is built upon Oakenbri Crossing in Dunsgate city, connecting the Oserian Plains to the Oakenbri Woodlands. The original settlement was constructed in 110 B.T. and started off as a simple wooden bridge named “Dunsgate Crossing”, and throughout the years was been built upon until eventually becoming a large intimidating stone castle. In modern times, the place holds its title as the home of the Oserian King.


History
The ‘Dunn’s Gate’ Crossing
In 110 B.T. Castle Kargan began its life as a small palisade, combined with a wooden gate over a river. It was originally named Dunn’s gate, before the rest of the city adopted the name. This crossing connected the Oserian plains to the Oakenbri woodlands. The newly migrated Oserians saw this as their first great achievement in their new home. This crossing had only minor fortifications consisting primarily of wood. Two towers were built on the Oserian side of the river, where bowmen and watchmen could take their position. The large gate that held back enemies in Oakenbri had Iron reinforcements for strength, and some of the best wood that could be used for its construction. The palisade that surrounded the city was made of the same wood as the gate. To the west, a huge stone wall was built, the westwall, that held back the forces of the Drahl that would harass the Oserian’s in the years to come.

Stone reinforcements
Dunsgate crossing would see itself upgraded in the year 87 A.T., following a spurt of construction in the lands of the Holy Empire of Tsarra. Several of the older palisades to the city’s east, along with the bridge, are reconstructed Anew, into a large network of interlocking stone walls, topped off with a castle. This location became known as Castle Kargan due to the man who drew the plans that led to its fruition.This castle would be further expanded over the years, but its solid river foundations came here, and was the first time it was truly a castle.

More expansions
The walls of Dunsgate remained the same for about 150 years, before events in the north led to Oseria declaring its independence. In the years leading up to 252 A.T., Henry Savos began a heavy mining project to supply stone and iron for the upcoming war. This was used to build massive walls around the near edges of the city, and to upgrade Castle Kargan.

Seat of dukes, kings, and emperors
Oseria won its independence, and would now hold Castle Kargan as the seat of its newly independent King. A few crusades against the Drahl later, the Oserians decided to expand north, and became the first Oserian Empire, bringing more loot back to Kargan, and making its halls even more illustriously decorated. The Castle would stand in the coming wars, nearly falling during the Korsian Standoff in the third battle of Dunsgate, in 401 A.T., when the westwall fell. After a brief civil war, the Empire of Oseria was no more, with independence being granted to the North. 510 A.T. saw the first successful storming of Castle Kargan, with the peasants revolt replacing the ruling family, and seeing a new one put in place, before splitting the kingdom into three distinct duchies. The Dukes of Avendale would be housed in castle Kargan for many years, before finally reforming the Oserian Kingdom. Many years would pass in Kargan, in relative peace. Occasionally the city would be attacked, but these never reached the stronghold, until the Great Death.

Home of Death
In 959 A.T., the first instances of the Great Death spread across the continent, wiping out nearly all of Dunsgate, and forcing the royal family to shut themselves in castle Kargan. Inside the castle, all was well for some time, until the servants showed signs, and spread it to the family. The family did not last, and the castle lay empty for the first time in history. The castle lay empty for a few months until 972 A.T., when the first new settlers arrived. The relatives of the nobles became the new residents of the Castle. The Last king, had no heirs, and left Kargan open for a council vote on who would become the next king, before electing King Baldwin Roth Clements.
Reactions: mozib