Answer - Quick google search for servers not dissimilar to this.

Answer - I have some from past servers, yep-

Answer - I'm not sure. I might seem familiar to some? Maybe some of my aliases are.

Part 2 of 4
Terms & definitions
Answer these definitions using your own words. The definitions can be looked up if necessary, however copy-pasting is not allowed.
What do you define as roleplaying?

Answer - The process of stepping into the shoes of a fictional character, who lives and breathes in a fictional world or instance inhabited by other fictional characters and 'players' of these. Immersing ourselves in this world through interactions that could very well become genuine and believable and tell some sort of narrative is a good goal to strive for when roleplaying.

Answer - This term's a bit finicky. In the eyes of a roleplayer, it'd be to force one's character into the actions of another, without ever giving the so-called 'RP victim' a chance to retaliate with their own actions. For example, an instant-death attack pulled off at the first action. Another definition is to maximize a character or avatar's process toward the final 'endgame', roleplay or mechanic wise, with a clear disregard for rules, systems and what have you.

Answer - Grasping for information straws not available to a character through OOC methods, like being informed of a village raid of your character's through friends on Discord, and magically appearing IC to defend it.

Answer - A fictional character that's blandly perfect, typically to an unoriginal and aesthetically unattractive extent. Things like a scythe-wielding orphan assassin, or a master jack-of-all-trades prodigy at the age of 6. 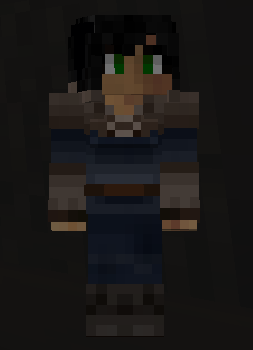 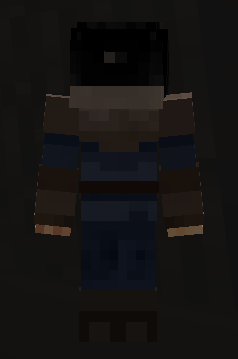 A representation of many layers of heavy winter coats, with thick boots and thicker, much warmer fur laced all throughout.

Answer - Velian's a simple lady with simple goals. To not die stands at the top of that list, but there's always the ever present drive to leave some sort of mark in the world. Be it through victory in some grand scale battle, or teaching her children the many ways of life, her mind is never devoid of something she wants to do. The next hunt to keep her belly sated, the next town smithy she wants to visit just to keep her body from freezing, and what have you. But before her sense of purpose awoke within, Velian was lost and confused, trapped by the burden of what some people would consider a taboo relationship between her mother and father; A Northener and a Korsian. Pure opposites of one another, the unlikely couple found something to bond with in their child, whom grew up under the watchful, harsh eye of her Northener heritage, whatever little of it there was, as she was part of the Flintfolk populace, after all. Thus, it wasn't exactly frowned upon when the Korsian half of the pair disappeared without a trace, the woman not lasting a longer than a few months when the aftermath of Velian's birth left her weak and frail, much too so for the coming blizzard. All throughout her childhood, Velian was led to believe her mother was a Northener like her and her father- And that her appearance, toned as it is, was a rarity among them. Such is the story they concocted to spare Velian her life from disapproving neighbors.

Today, Velian isn't the accomplished, skillful Northener her father tried to mold her out to be, but instead more of a free spirit; She comes and goes as she pleases, wanting to seek some grander purpose in life other than 'Not die', like in the beginning of her gauntlet through the cold, unforgiving North. Which is why her leave from the secluded northern village she was born under shocked him the least, and opened the doors of exploration for her, whatever they may bring.

Question 1
You stumble outside into the open air after some heavy drinking in an Oserian tavern. Just before you're about to pass an alleyway, a hooded man rushes out of it and runs for it - seemingly, he has both a blade and some jewelry on him. You take a quick peek in the alleyway to see a feminine figure collapsed on the ground, holding her hands over a bleeding wound in her torso. The thief is about to escape and the woman seems in critical condition. You...

Answer: Turn a blind eye to the alleyway, as no one likes a stalwart hero. As heartless as it may seem at first, especially considering how armed the Northener woman is, this isn't a job for her. It is a job for the local guards, whom she does get to alerting on the matter of the dying damsel by the corner. Maybe one of them'll get lucky, a few days later. Fate likes to play with the stars of love... As for the thief, the runaway assailant might have gotten the jump on someone, but to end the ruffian rightly she's tracked him to his hideout and performed much of the same on his person, only this time, with extreme prejudice. An arrow to the nape ought keep the man still for quite some time. It's only through finding this thief, tracking the lad and looting his corpse that she can afford that new bow being sold at the marketplace... Call it a toll for indirectly rescuing the poor, oh so poor lady in the alleyway.

Answer: The refuge camp might bring folk from all walks of life, especially considering the high volume of the city's current population. It wouldn't hurt to set up shop, albeit temporarily, and offer the denizens of the camp some useful supplies for when the actual gates are opened for them. And hopefully her. Yet, Velian isn't at all used to the burdens, often gold-colored and coin-shaped, a merchant has to carry, as though she were waving a flag with the words 'BOUNTY' etched into its wavy fabric. Thankfully, it is the not so desolate entrance of Telth, with many a businessman and businesswoman nearby, capable of offering her the lay of the land of merchanthood.

Question 4
In the midst of battle, you find yourself approaching a wounded enemy soldier. The soldier is on the floor, clearly in terror as they cradle one of the dead. Enemy forces begin to advance in the distance and you know you have to act fast. The soldier then grasps at a cloth and removes it from the dead soldiers pocket. They continue to cry, and starts calling the dead soldier's name in despair. Then the soldier glances up to see you - with your weapon up - but does not care of your approach, continuing to cradle the dead soldier. You…

Answer: Ignore the soldier, after a passing glance at the emotional struggle this battler's going through. The battlefield's no place for such an overwhelming amount of emotion, so, Velian deems the man unfit to be fought and moves along. Although given her past experiences with people in general, some would say it was an act of mercy- Or that Velian was avoiding the pull of emotion to overwhelm her as well, due to her uncharacteristic mannerisms around people who are suffering. The battle continues, and she's not in the mood to kill with kindness, as much as she might be hurt by the fact she's just left a man to keep on living, however long as his brief life in the heat of the moment may last him, without his fallen comrade.

Or maybe she didn't have it in her to kick someone while they're down.

Answer: In a situation like this, Velian's attention is divided into multiple thought processes- Having been previously marked for death by a troupe of bandits means that her only chance of survival is to either hole up in the village in secret and hope that if and when she is discovered, her Northener heritage takes her to safety, or hide somewhere in the vicinity, like say, a cavern. Both carry their share of risk, as both could mean she'd get her arse handed to her by bandit or villager alike. The village probably holds some notion of warmth in it, and a cold, damp cavern could hold some manner of wild, very hungry animal in it... So, into the familiar houses in the distance it is. The worst that could happen is that she dies in her homeland. It's not a horrible way to go.

Congratulations! Your application has been approved. Your definitions were spot on, and I definitely got the impression that you have an understanding of how your character thinks and acts.