House History:
The collective findings of Silas Taylor, regarding the genealogy of the Braxton house
and it’s history. Many details are lost to time, although this depiction of the history is
thought to be accurate. Written during the year of the New Era 1000A.T 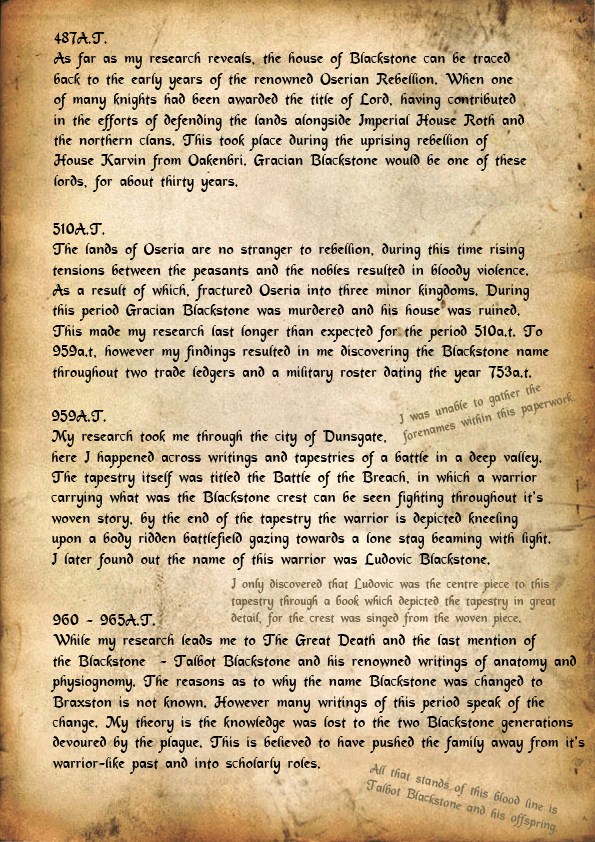 Patriarch or Matriarch (leading house member when applying) character name, (and a backstory if you wish)
This character and OOC person will be officially in charge of the house in game and OOC until the power is handed down to another member of the dynasty:
Alfred Braxton 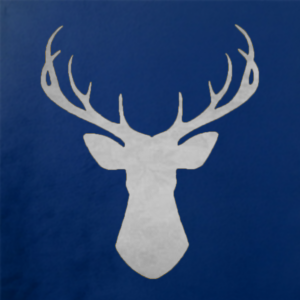 “It was naught to be forgotten, the happenings of that accursed trekk. Only a fool would dare second guess the cartography of Edwin, a long way he’d come… though the blizzard was harsh even to his keen eye. North we were heading, to lands forgotten or so to be thought. It would beg the question as to why, to which I’ve not time to explain this moment.

We trenched through deep snow and between jagged rocks, off the beaten path and beyond to where even I had started to lose hope of finding our way back to the warmth of a fire. Through the blistering wind a clearing presented itself to us, a bunch of blue cornflowers beckoned from the summit. Then as we ascended the top, something spectacular bestowed our blurred collective vision.

A humongous creature stood ready in the passage, it’s antlers extended out further than any man's arms! It was but a grand stag, as unexpected to see us as we were… my sons unsheathed their steel in this moment of uncertainty, though Edgar’s more of a dagger!
But, this reckless decision was soon wavered unexpectedly by Katrina who found pity in the animal.

“Look behind the silver stag!” She cried out. To which we gazed, and down through the fog a subtle orange glow could be made out… no, perhaps a dozen or so. Then the silver stag started striding off in the direction of the glow, and after many shared gazes of amazement we soon followed.”

(Optional) House artifacts, coat of arms etc
If you wish describe any artifacts, a breakdown of the coat of arms or even any unique quirks individual to the family:
It is known in the family that during times of great despair and struggle, the line can be blessed with a child of red hair, this is believed to be proof that the Braxton are directly descendants of Ludovic Blackstone who was depicted to have red hair after the Battle of the Breach. Stories tell that his hair was dyed from the blood of the men he killed during the fierce battle.

Congratulations! Your noble house has been approved.

Your house is now part of the official server canon.

You can now apply for a nation and control land.​