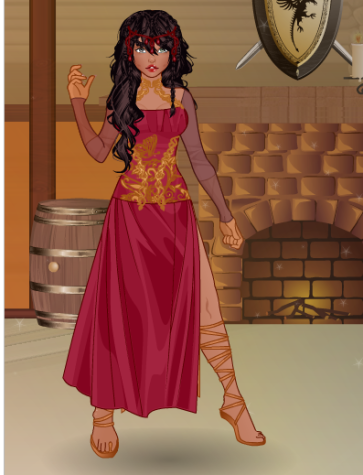 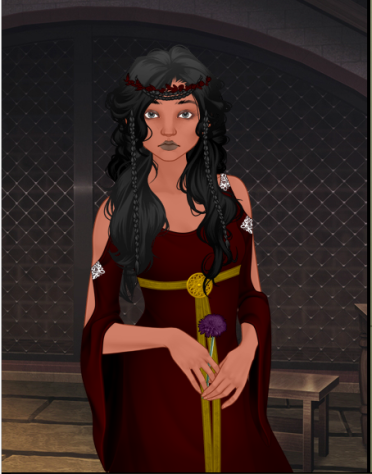 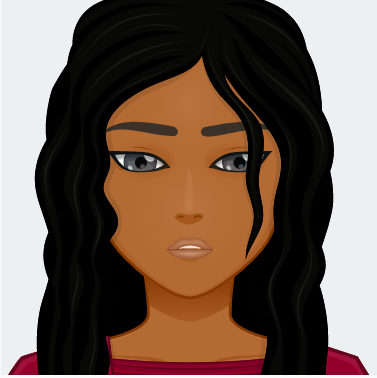 Background
Karyme was born into the lower-class of citizenship, her parents having had her out of a business deal. Originally, her father came from a family of merchants, mainly dealing in bolts of fabric made within The Emirate of Kharman, along with the occasional route for spices. Her mother was a Northerner prostitute, Karymes father having met her along his travels and woo'd her with his riches. Naiyla, her mother, was a schemer. She saw a chance when she had one, pretending to be pregnant to keep within the sights of Karymes father, Amal. Despite her pretending, she come to learn later on that she was in fact pregnant and scheme not quite going to plan, left the girl with her father when she was born, disappearing into the night to continue her life as a prostitute.
Karyme was raised well enough, in comparison to the strict hierarchy of the Sultanate, though it was still clear in her fathers actions that she was unwanted. He didn't have the time to care for a child and from a young age, sent her off on many errands and chores, affording her the meager skills she has today. Karyme is a scientific woman, while her father has always been more religious, leaving a emptier void between the two.
With the cutthroat economy of the Korsians, as she grew older, her father slowly fell from the meager power he had, leaving him in debt and without lands, money or otherwise to call his own. There was no lost love between the duo and when her father had tried to sell her into slavery to pay off his debts, she left with the clothes on her back and what meager belongings she managed to gather to leave the brutal Deserts behind, making a new life for herself in this world.

Mother, Naiyla - Non-existent, she knows next to nothing of her mother and has no recollection of the woman. They could pass each other by without knowing.

Father, Amal - She doesn't speak much with him, having an extreme dislike for the man and yet a grudging disrespect for raising her up after Naiyla had dumped her on him.