You are using an out of date browser. It may not display this or other websites correctly.
You should upgrade or use an alternative browser.
S

Answer - Nothing else, really.

Answer - Powergaming is a form of roleplay that directly ignores the other actions and consequences of another person’s roleplay as to “win” and succeed. For example, one man that’s being swiped at by another man’s sword can RP it normally and feel the consequences, or they can break the rules and powergame, by RPing their character as easily leaping over the sword.

Answer - Metagaming is applying knowledge that one knows as a person onto their character. For example, an assassin could sneak through a crowd of people undetected, but a person could metagame it, stepping towards the assassin and immediately concluding on their intent immediately. Metagaming actively hurts RP in that right, as people should RP with the knowledge that they gain in character, not out of character.

Answer - A Mary-Sue character is one that exemplifies any and every trait and act that they are put forth to. For example, a man who is a mary-sue can be a master sailor, fencer, and doctor within the necessity of one of those traits is needed. Personality-wise, a mary sue is infallible within their character, their only “bad traits” being used to further the infallible RP that they wish to partake. Mary-Sue characters actively hurt RP by not allowing for character growth in most places. 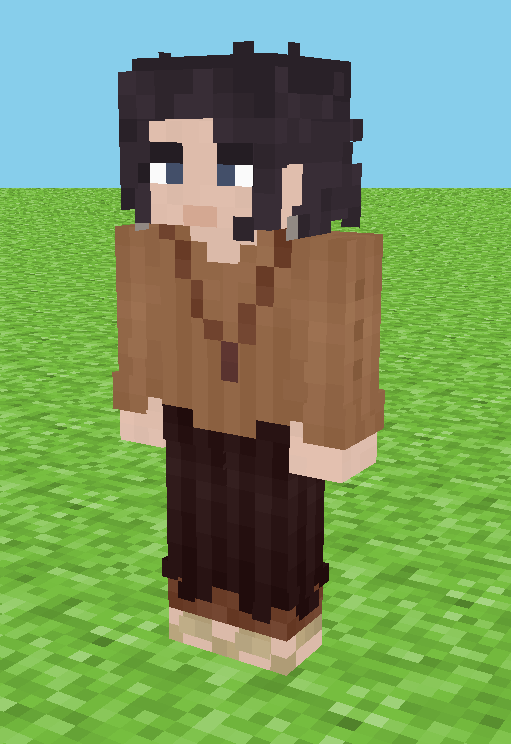 Answer - Born of a firey past, Jean Meromont lived within her own little world in Oseria. She never had many friends, and was rather sheltered, to say the least. Her quiet, dull upbringing exemplified her generally curious and somewhat naive behavior later in her life, as her growth into an adult would push herself out into a dangerous and wild world of her own, one that she had no previous conceptions of. Her parentage was of a lower class, her less-than privileged childhood seeming to have a humble and forthcoming effect on the girl. Her father once stood as a lowly steward for an unremarkable noble family, while her mother was a quiet seamstress, a trait that passed itself onto the younger Jean, at the time. The Meromont family was nothing special, just an irrelevant, yet loving group that never gave up on each-other. Her father passed away from an attack by drunken Korsian deserters, as her mother went soon after, of a strong, unroutable fever. Jean is a rather well-groomed young woman, keeping a strong eye on her demeanor and her looks, upon the belief that a pleasant display is one that brings the appreciation of others. She usually holds an optimistic tone to her behavior, seemingly one for the unnatural side of life, one who enjoys exploration, and meeting new people.

Answer: Jean would sprint towards the wounded woman, moving to apply pressure to the wound, as she’d begin to scream for help, uncaring of the running thief. Her generally poor knowledge of medicine had allowed her to simply understand to put pressure on the wound and get help, as she’d try to keep the wounded lady alive.

Answer: Jean would spend the time selling some of her wares off at a lower price for some of those at the camp, tiredly attempting to turn a big enough profit to assist the refugees around herself to the best of her ability, as she’d await her entry into Telth.

Answer: Jean, wary of those that wish to provide sketchy things to her, would accept the food, moving to take it and sell it to someone who needs it more. Perhaps with the money gained from such, she could buy a better, and more trustworthy-looking meal elsewhere.

Answer: Jean would attempt to appeal to the stranger, offering some of her Oserian belongings to the villagers as to display her home culture. If the people were unfazed by her seemingly friendly gesturing, she’d offer to leave and stop bothering the people, as long as she gained proper directions.

Refreshingly great choices for your open ended Q's, have a virtual cookie. You will now be whitelisted on the server.