Saverio Caveity, the Merchant of Telth, and the King's Man | Tale of Banners Roleplaying Community Forum
Menu
Install the app

Saverio Caveity, the Merchant of Telth, and the King's Man 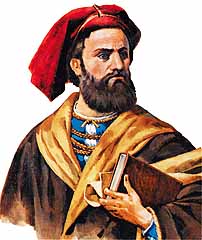 Socioeconomic Level as a child: Rich

Birth order: 1st of his siblings.

Flavius Caveity, Brother, He has an excellent relationship with his brother, although their arguments can become heated. They have always looked to each other as the strongest allies one can have.

Orenia Caveity, sister. Orenia has kept herself detached from her siblings from a young age. She was raised to be married to a wealthier family but never was. Upon Justiani’s death, Orenia received no cut of the business and cut ties with her brothers.

Nathalie Caveity. Saverio works constantly and leaves his wife to care for Ronaldo. She believes he means well. Saverio is sure of his wife's loyalty. She has shown him no reason to feel otherwise. He does love her, but cannot be there for her always.

Ronaldo Caveity. A bit distant from his father. He looks up to Saverio, but his father's travels keep the two apart. One day Saverio promises to bring Ronaldo on one of his journeys.

Saverio loved his mother in a traditional sense. He cared for her until her passing 4 years ago. She wasn't always loyal to her husband, Justiani, but neither was he. Justiani was not a moral man, or a smart one. Saverio secretly loathed him for this, and upon Justiani’s death 3 years prior, defied the family tradition of splitting the business.

Saverio has a way with words that leads him to manipulation. He is careful not to be with close friends and family. He will try to frequently bend words to suit his needs.

He dresses Lavishly, in gold and crimson, occasionally black and gold, often with his emerald necklace on.

Mannerisms: Walks Haughtily, keeping the view of himself as a high man

Habits: (smoking, drinking, etc.): Drinks only fine korsian wine, willing to try other beverages rarely. He does not smoke, for fear of re-addiction. You could consider him to be addicted to the coffee bean though.

Hobbies: Has no time for hobbies because he works too often. Occasionally will go carousing

Greatest flaw: Works too much. Too haughty.

Educational Background: Highly educated in finances, money working, and the study of classic literature and art.

Intelligence Level: Tends to be much higher than the average. He isn’t afraid to show this but cares little for bragging publicly unless it is a matter of his credence.

Any Mental Illnesses? Might be considered an operating Psychopath, with little care for else besides his family.

Learning Experiences: Most involve his failures at a young age to the bank, or learning from his father's failures. The splitting of family wealth was a big step for him.

Character's short-term goals in life: See his wealth grow in Oseria, and be worth 50% of the Korsian Bank. Gain position in the Oserian court.

Character's long-term goals in life: Found a city based on the ideals of an elected group of elites composed of the most worthy men of society, rather than on the blood of persons.

How does Character see himself/herself? He views himself with great pride, he brought his family up to their current position, as nobles, and he knows he can do more.

How self-confident is the character? He is very confident in his abilities, everything apart from fighting, he knows he can learn.

Does the character seem ruled by emotion or logic or some combination thereof? Most of Saverio’s moves are based on the love he has for his family, fueled by his logical brain. He does not act out of impulse unless his family’s standing is directly threatened. His moves are always calculated.

What would most embarrass this character? Being dumped on the streets as a commoner, amongst the poor, would see him feel most threatened. His weakness and fondness for his family being used as a crutch would cripple him.

Introvert or Extrovert? Saverio is an extrovert to the extreme

How does the character deal with anger? He keeps it internal, and uses it as a weapon to hone his words and actions, then attempts to exact revenge exactly.

With sadness? Saverio mourns just as any man would, he tends to hold grudges against those who cause his sadness but will go into deep grief for the death of his family.

With conflict? Saverio attempts to first deal with conflict as amicably as can be done. If that fails, he is not afraid of using his force. He will not kill someone himself but may give an order or two.

With change? If there is a matter that changes, Saverio prefers to change it himself, he does not appreciate change affecting him negatively. He will react calmly, however, and attempt to recoup as much as he can.

With loss? Saverio tends to attempt to avoid loss at all times. If he does, he will rage against those who caused it and mourn for that which he has lost. He shows extreme emotion internally, but will not display this on his face.

What does the character want out of life? Saverio wants his family to be on top of the world, to found a new home for themselves, where traders can rule, rather than snobbish nobles.

What would the character like to change in his/her life? Saverio wants to get a deed of land to a large amount of land along the coast. He also wants to attract a decent following of people that would settle with him.

What motivates this character? Saverio’s principle motivator is his desire to protect his family, everything he does is part of this desire.

What frightens this character? Saverio is frightened of the Notion that he could, if making a wrong move, end up poorer than he ever has been. He never wants to lead himself to ruin. He is also afraid of blades. He can fight but leaves it to others.

What makes this character happy? Having a good nest egg, and having friends in high places leads to the security of his family, and his happiness.

Is the character judgmental of others? Saverio holds judgment, seeing anyone as potentially useful unless they reveal themselves otherwise.

Is the character generous or stingy? He leaves several gifts for as many as he can, in an attempt to get the people on his good side.

Is the character generally polite or rude? Saverio holds a very polite manner around most people, if something you do threatens his power or his family, he will not be polite.

Does the character believe in God? No

What are the character's spiritual beliefs? He holds publicly holds the belief of the One, but primarily in private practice holds none.

Is religion or spirituality a part of this character's life? It must be.