You are using an out of date browser. It may not display this or other websites correctly.
You should upgrade or use an alternative browser.
S

- Lots. Originally a DnD player. I've also been on many Minecraft roleplay servers, most notably Lord of The Craft. Overall, I have just over a decade of RP experience.

Section 2/4 - Terms & Definitions
Please answer these definitions using your own words, the definitions may be researched however not plagiarized (copy-pasted).

- I define roleplaying as stepping into the shoes of your characters and experiencing their stories through action.

- I would akin powergaming to god-modding, just doing things your character wouldn't feasibly be able to accomplish, and/or forcing your will onto other players.

- Using information which is not readily available to your character through their interactions.

- Rey from Star Wars, lol. But actually, a Mary-Sue or Gary-Sue (For all you OP boys out there) is someone who is unrealistically perfect and without any flaws, I would also argue they have no real depth or story when it comes to achieving their powers/strength *cough* REY *cough*

- Out-of-character, when you're not in character. No one wants to see King Reginald, lord of the iron flies, first of his name say "Brb lol" 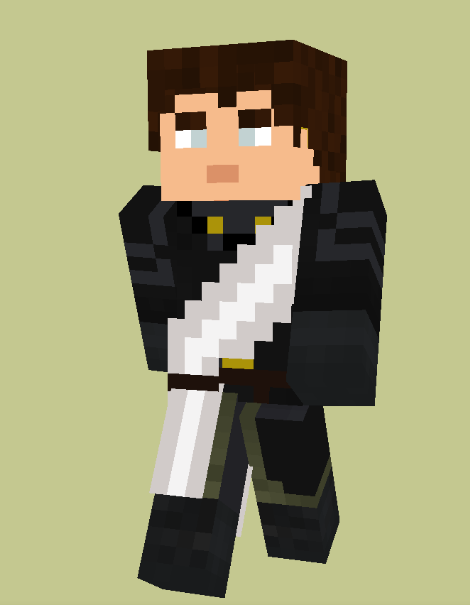 (Please note although the character you apply with can commit illegal or immoral acts you cannot do these things on the server without an Intrigue application. This can be applied for once you are whitelisted.) Found here:


https://taleofbanners.com/forum/forums/intrigue-application.119/ (Intrigue Application)
(You are also able to apply with a noble but keep in mind you cannot play a noble character on the server unless you join an accepted noble house or apply for one.) Found here:


https://taleofbanners.com/forum/forums/noble-houses.142/ (Noble Houses)
- Kennahn grew up in a very wealthy household. Originally from Oakenbri, his father having once been a merchant, who retired to become a priest. Since birth Kennahn was afflicted with the curse of blindness, which his father despised him for. If it were not for his mother, it is nearly certain he would've been left to die. Outside of the abuse from his father, Kennahn's childhood was very bland. He would never miss a church sermon, for obvious reasons, and he'd very often be found being read to by his mother. Against Kennahn's fathers wishes, he grew up ascending the ranks of the priesthood. As he became older he would often go out with his mother to pass out food and preach to the town.

On his 20th birthday, Kennahn was rewarded with his white sash, having reached the role of a high priest within his father's church (To his disapproval) Kennahn was overly joyous. Soon after, his mother fell Ill, and began to wither. As she became weaker, his father became more violent with Kennahn, very often beating him nearly to death, his favorite form of punishment was burning Kennahn with his Dry Smoke cigars. As the abuse continued, Kennahn become more and more of what some might call a zealot, turning to his religion for comfort and security. A few weeks prior to Kennahn's 21st birthday, his mother passed. Seeing this as an opportunity, Kennahn's father, for the last time, beat him into a bloody pulp, and left him to die miles out in the wilderness. Kennahn scraped by on offerings of strangers on the street, and wandered from town to town preaching about his god's will, it is likely this will continue until god wills otherwise...


Section 4/4 - Open-ended questions
Please answer at least three of the questions to show how your character would interact with the world. Delete the spares (if applicable). Please include at least one paragraph for each question you answer.

- Kennahn, hearing the commotion down the alley presses his back against the wall as he stills his breathing, taking a few moments to figure out what he is hearing. He hears a woman sobbing, in pain it would seem. He wearily makes his way towards her, tapping a stick around his surroundings to prevent any unwanted collisions. As he approaches the woman, he asks "Are you alright?" Though the woman remains unresponsive, besides her labored breathing, he collapses to his knees to grab the woman's head and hold her in his arms. He looks back towards the mouth of the alley and cries out "Can we get some help here? This woman is injured!" He then focuses his attention back on the woman, trying to comfort her in what he believes to likely be her last moments. He sings her a gentle song.

- Kennahn takes this oppertunity to walk around the camp and meet with the refugees, asking them questions about their life and sharing stories between eachother. He shares his personal beliefs and offers every individual he speaks with to learn more about their god, who he promises will protect them, so long as they're willing to lend an ear to him.

- Kennahn asks the crone if perhaps she has something easier on the stomach, as he's not really well suited for stomach-bugs.

- Kennahn, confused as to how he found himself with a sword in hand, unsure of how to even swing the thing, drops his sword and kneels next to the men, reciting scriptures and offering any comfort he can to the wounded soldier. Kennahn would wait there until the bloody mess was over, and proceed to provide every dead soldier their passing rites, so long as he isn't killed by then.

- Kennahn stumbles into the village weary and tired, he would find shelter just under a tree within the village. After getting a good idea on his supplies, would wander around town, asking for help from strangers. Likely trying to have an entire conversation with them rather than being to the point. He would hope to make himself some good friends while he was here and hopefully convert a few souls towards his god.
Last edited: Aug 27, 2020

There is only one thing you need to change before I can make a final decision.

1. Your biography failed to mention any specific server lore. Please name at least two things from our lore. One can be a location, but the other cannot. I would reccommend reading on the Oserian Cultural lore and the One specifically. Lore can be found here https://taleofbanners.com/forum/categories/official-canon-lore.158/ (Official Canon Lore)

Changes made according to the outlined stipulations