U.S.A The state of Florida 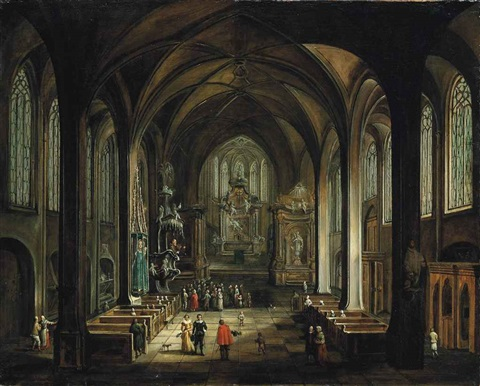 Treachery!
On the day of the coronation, our nation has suffered a great betrayal at the hands of the House d’Alsaion! Many citizens were present to experience the unanticipated deceit brought upon by this house of heathens that brought their wickedness to light. Few of the citizens of Dunnsgate have joined the traitors against the true king, Baldwin I Roth Clements. Having assaulted a holy church and the ears of all those present; the d’Alsaion family’s levyman, Jon de Venerra, had the audacity to refer to the holy Clements family as a band of “murderers and rapists”. In doing so, he forget to mention the many charities the family has completed since these crimes of Godfrey that occurred over 500 years ago, of which the family has long acknowledged. If this were not enough, the hypocritical fools were raring to commit the exact same crimes they accuse the Clements family of, by murdering the new king, the Clements family, the High Pontiff, and many loyalists present. Drawing swords, a colluder loudly exclaimed “Bend the knee, and your tyranny will not be punished by death,” a statement that only further brought the situation to violence. Seeing the situation escalate further towards combat, the holy and loyal Baldwin I Roth Clements told these rowdy vandals to “Hold your weapons, no blood shall be split in the house of the One!” Seeing that the criminals did not comply with this respectful order, the newly crowned king, Baldwin I Roth Clements, found that he had no choice left. Forced to return such hateful actions, the Clements loyalists were able to run the cowards off without staining the holy house of the One with bloodshed. Now they gather an army of miscreants and hooligans outside our very city.

To ensure the rightful king, chosen by the One, can maintain his lawful and proper benevolent rule over our lands, we ask that the true worshipers of the One -- our fellow citizens of Dunnsgate and Oseria -- rise en masse, and fight for our true king and our kingdom! 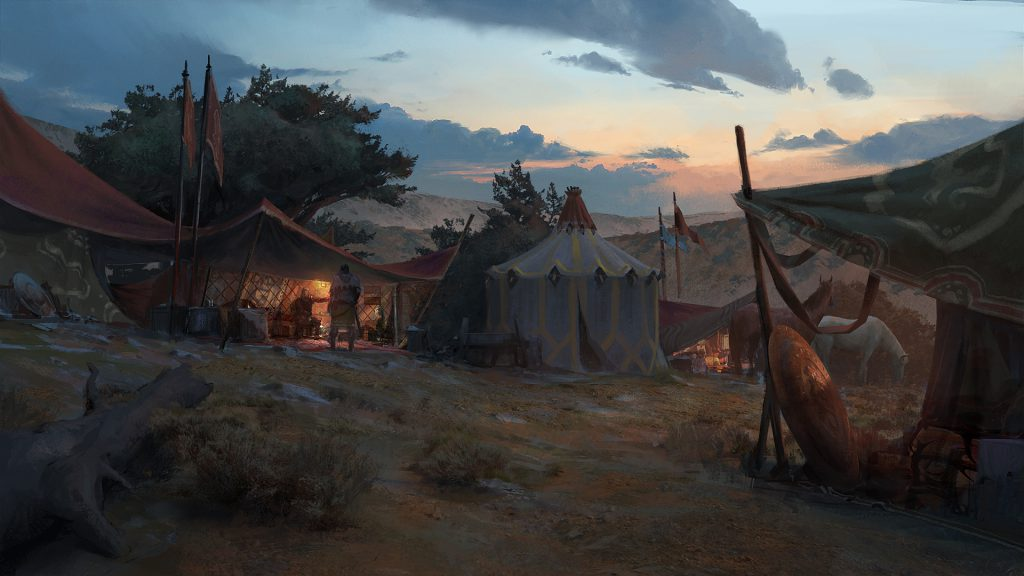 John laughs while sharpening his blade at the war camp. "House Clements is built on slaughtering their own people, let's see how they do this time."
Reactions: Mitch and Kaldwin_

A small makeshift stage has been set up in Dunsgate and a crowd gathers to see whatever announcement is to be made. Pontiff Francis Goodwyn, leaning on the arm of a lesser priest from the Church of St. Rothmund, makes his way onto the stage. The crowd quiets as the Pontiff begins to speak.

"However, the Church also urges a peaceful end to this conflict. Too many lives were lost in the Great Death for us to run into another slaughter. Now is a time for unity, not a time for further division. Furthermore, the Church remains open as a safe haven to both sides, no blood shall be shed upon Church lands, no matter what stage the conflict reaches outside. In the eyes of the One, we are all neighbours. Thank you."

The crowd remains silent for a few seconds as the Pontiff steps down from the stage, before some men at the back begin shouting about the need to root out all traitors. Soon, the square is filled with shouting and arguments as city guards try to disperse the crowds.
Reactions: Ave Imperium

Preparations for the civil war continue on both sides after the failure of peace talks. Not long after the peace talks, Pontiff Francis Goodwyn once again addresses a crowd in Dunsgate from atop a makeshift stage. Behind him stand two minor clergymen and Anton van Ster. The crowd is noticeably quieter than before, even before the Pontiff asks for silence so he can speak.

"Fellow Oserians, we are yet to be delivered from this coming war, and it seems the only deliverance will come through bloodshed. I ask that in this time you hold the Edicts in your hearts and dedicate yourselves to the preservation of this nation and the Church of the One. With that in mind, the Church announces that blasphemy has been spoken against the One in the church itself by a noble house. I speak of House d'Alsaion. After the peace talks ground to a halt, a member of House d'Alsaion referred to the Path of the One as mere 'folk tales'."

Muttering spreads through the crowd.

"The Church of the One now officially rebukes this statement and the House of d'Alsaion, warning them that if they do not atone for their blasphemy they risk excommunication. That is the statement of the Church. As Pontiff, I would like to further state my impression that House d'Alsaion does not have the Edicts, the kingdom, or the Oserian people in their hearts. They seem dedicated only to furthering their own power, and are quick to make enemies of all who stand against them. That is not the way of Oserians, my brothers. We must stand by our neighbours, we must keep pure hearts. Remember that in the coming year, as men die on the battlefield to protect this kingdom from treachery."