The Great Death: Prisons of Bone
An account written by George Hughes 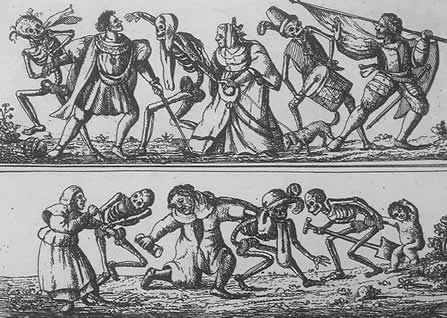 In the year 962 A.T, members of a roving group of Yaelk Drahl entered an Oserian city in South Oseria. Though the guards were hesitant to allow the group access into the city, they were allowed refuge within the walls to find help. What little documents that survived detailed the group as weak, blind, and in gruesome condition. Little is known about the days that followed, as most scribes were either outside of the city or suddenly ended their writing altogether. In a time of relative calm, it did not take long for Oserian citizens to begin to panic as news, trade, and wares coming from the city suddenly ended, all caravans that were expected never arrived. The Marshal feared a sudden and silent invasion had occurred, and a levy was sent. After a few days of journey, the expedition had reached their destination; the gates of this city.

A nameless scribe amongst this levy recorded the events of the day they arrived at the gates: “We had just arrived along the wall of our objective, expected to meet either resistance or a greeting party. Instead, the only thing that greeted us was a singular, frozen corpse, just beyond the gate, and the silence that filled the expanse around us. After much deliberation, our commanders decided we would have to destroy the gate if we wanted access to the city. Now, after seeing what was inside … I wish that we had left those gates closed.” From within the walls, the levy discovered the disturbing fate of those unlucky enough to have once called the city home. The entire city was found dead; in their place was the city, untouched, yet barren. Barren, besides the unpleasant debris that one could view throughout those now forsaken streets. 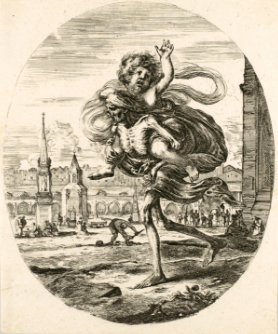 Littered along the roads of the city were human bodies, cemented into tortured poses. On their shrieking faces, whether stone or skin, one could with ease see the pain the corpses had suffered in their last moments. To call the bodies damaged would be underplaying the severity of what was visible. Many were without skin, and those with any had hard skin, cool to the touch, they felt of stone and looked as though they were statues made of bone and marble. Most were without ears, some had lost fingers, and all of the corpses had a single peculiarity among them; Their eyes were not empty, but rather had a thick layer of bone, filling the cavities from which the eye sockets are usually found. The Marshal’s expeditionary party was quick to leave this hallowed ground, carrying with them as many goods as they could, along with bodies for apothecaries to study. Though little anatomical research was completed due to the difficulty of opening these bodies, many peculiarities, internal or otherwise, were noted. It was found in many that the only living mass within the corpse were fist-sized spheres made up of fungal matter. Detailed descriptions of these bodies can be found littered around libraries in all of Esna, though we know just as little now as we did before this devastating so-called “Great Death.”

Outbreak
A mere few months after the first city was depopulated by The Great Death, citizens of Oseria began to make their way back into the city, seeing it as an opportunity for cheap housing and quick, profitable business. Trade began to flow once more, and slowly the city repopulated. Only small sections would be cleaned for living at any time, and thus it would be a year later when the city’s sick house would be opened for the first time since the expedition. Inside, as was expected, an ocean of stony corpses was found. This wasn’t uncommon among the nearby buildings. After all, the reclamation only cleansed buildings that were needed immediately. The reopening of the sick house, however, revealed a great number of sac-like plants. The beautiful sacs caught the eyes of local herbalists and were given the name “Ascus,” an ancient word that roughly translates to “Wineskin.” Throughout the city, Ascus was grown, studied, and traded, quickly becoming an item of great expense. Towards the end of the year 964 A.T, Ascus agriculture was a booming business across all of Esna, an herb wanted by the common yoke and noblemen alike. Ascus was easy to farm, and would often require no effort in replanting, as it released potent spores capable of fertilizing the soil and planting new seeds in many fields. Through this now potent economic expanse, the world was beginning to forget of the “Skeletal City,” life was returning to normal, and medicine had made a great leap forward. This would not last; alas, a mere five months after the final step in repopulation The Great Death would strike again, however, now the plague was no longer localized to a single city and spread throughout all of Esna. In Oseria’s plains, Krosia’s deserts, Northerner tundras, and Drahl swamps alike, whether man or woman, peasant or king, few were spared from the gruesome fate of The Great Death. By the year 965 A.T, the streets of Dunsgate were filled by thousands upon thousands who had lain still, frozen in their prison of bone. The crisis had reached a climax by 984, and after the last 16 years, the plague has begun to recede. Those few who survived were lucky enough to have avoided the fatal disease, or have remained secluded from those infected altogether. It is still unknown what or who caused it. However, it is not uncommon for folks to believe the northerners when they say that the disease was “punishment from the gods for the People of Esna’s actions,” though often the local populace will substitute their gods for the northerner’s ‘spirits.’ 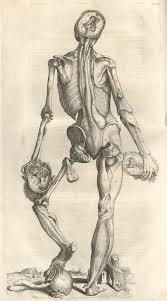 Symptoms
The Great Death is truly a ghastly and horrifying affliction, and few know why we have been punished with such a terrible destiny. Whatever we of Esna have done to anger our God, or the gods of others, it must certainly have been equally as blasphemous; for the disease causes such manifestations as the skin, muscles, and wounds turning to bone, trapping victims in their own body, a prison of bone. Corpses that have been changed entirely to bone are often referred to as a ‘jug,’ once an informal word for jail from a culture long lost to The Death. For unknown reasons, the ailment seems to suddenly cause the blood within the veins to suddenly pause, however much of the blood outside of these clogged locations continue to move, causing swelling. The swelling usually results in the bursting of the vein. It is believed that this obstruction is to blame for the widespread necrosis and large bruises that appear throughout the remaining veins in the body. The bursting of veins is usually most prominent along the outside of the ears, around fingertips, and most notably: the eyes. Due to the vein-bursting, the most common blemish that demarks the victims of this disease lies in their eyes, or rather, their lack thereof. The constant bursting of blood vessels in the eyes eventually leads to two hollow holes taking the place that was once held by the victim’s eyes. As though the gods did not deem this torture horrendous enough, The Great Death soon covers these open, bloody wounds with bone, rendering the holes solid.

Truly, a horrifying sight is that of a complete jug, but even more sickening is what is found inside. After the body has been turned to bone, a perfect statue of the mangled cadaver, it can be broke open using a tool such as a pick or a hammer. Upon the interior one will find that many of the muscles, nerves, and veins have also been turned to bone, a chilling yet almost beautiful recreation of the human anatomy. The only mass other than bone in the body is so degraded to the point of decay, or tumors that appear to be plant-like in origin. Though fungal, the spheres appear very mossy, almost like a lichen.

Cause
The Great Death has no known cause. Scribes and priests of Esna claim it to be the unholy offspring of pain and death itself. If your city, keep, or family has been afflicted by the disease, do not make contact with them; your only hope is to hide and pray it does not find you next. 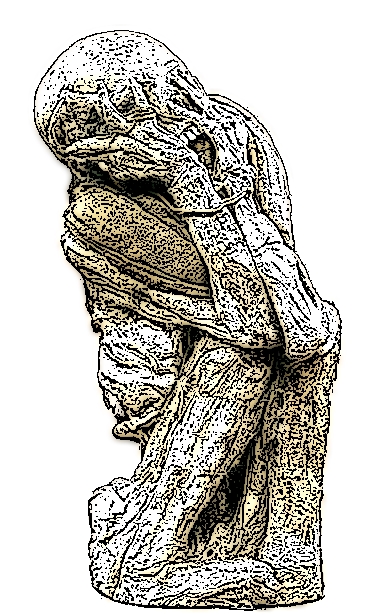 Treatments
The most effective treatment for someone suffering The Great Death is that of leeching the affected blood from the body, as this is what carries the disease. Ascus has been shown to slow down the disease and help those afflicted avoid suffering too much pain. For most peasants, a draught’s worth of valerian and basil boiled in water every hour will help ease one’s passage to the land of the dead. Avoid contact with those afflicted; their breath can infect those who have been unaffected.
Last edited: Jul 27, 2018
Reactions: ChAz7MaN, justmad1101 and Verando